Blog - Latest News
You are here: Home / How Different Patients React To Surgery Vs. Laser For Varicose Vein Re... 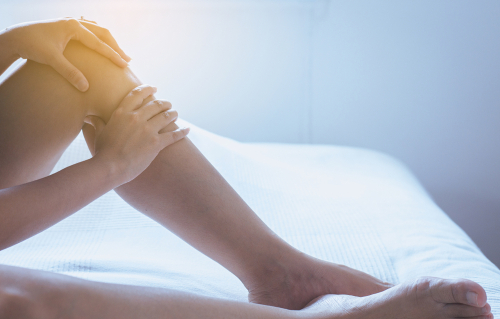 When you are facing a tough problem of having uncomfortable varicose veins, a lot of things come into your mind. Among the top choices that you might have thought about were to undergo surgery or opt for laser technology to achieve varicose vein removal. The only downside for these procedures is that they are not guaranteed to give a permanent fix for such conditions.

Thus, patients are encouraged to think it over first before engaging into these types of treatment procedures. In fact, even with surgery, the veins grow back after being cut, while laser treatment sometimes wouldn’t give 100% results in sealing a vein. Thus, it would allow blood to flow back gradually.

It was found out after a couple of years that the recurrence of varicose veins was similar as the 2 groups. This has caused certain symptoms such as fatigue, heaviness, itching, and swelling. In an ultrasound study, more patients having laser ablation have had their varicose veins reopen or return at the same spot in comparison to those who had been under a vein stripping procedure.

So, around 18 percent of people who had laser ablation therapy went back in the area in the same place in which they were treated. However, only around 1 percent of the participants came back from the vein stripping group. According to the study, people with varicose veins may consider both varicose vein removal procedures but they must also be informed regarding the long-term recurrence the following years.

What Some May Expect After Surgery or Laser

Basically, when you engage in vein stripping surgery, it could cost anywhere around $1,500 to $3,000 including fees as charged by the hospital or any center for surgery. In some instances, surgery could cost around $600 to $3,000. But this would depend on the veins that require treatment.

In addition, the patients who have had laser ablation reported to have slightly more pain in their first week when the procedure was made. In contrast, those who have had vein stripping surgery had only slight pain and they were able to get rid of it more quickly.

Vascular surgeon Tristan Lane from the Imperial College London also stated that the research was able to make it clear that both treatments would work well if done well. Perhaps a new study related to vein stripping or laser ablation should be made in order to determine guaranteed better results.

Moreover, Lane also stressed out that endovenous laser ablation might be able to work, but he notes that one treatment might not fit all patients. This will also be applicable for vein stripping surgery. Thus, when it comes to varicose vein removal, positive results can be achieved even when using other treatment methods.

We specialize in diagnosis and treatment for any and all vascular health issues for patients in San Diego County, Orange County and Riverside County. For more information or to set an appointment, please contact us.

Prepare for your
visit today!

Find out if we take
your insurance

SDVC in
the Media